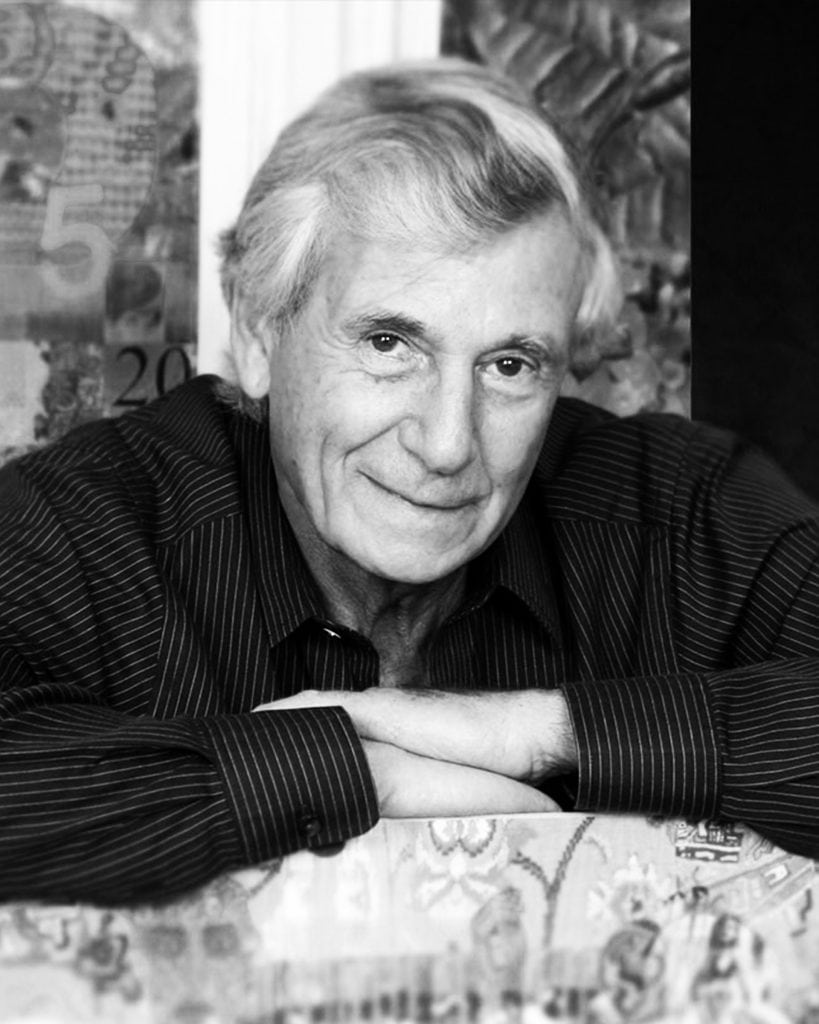 As a young architect, Robert Swedroe emerged upon the art scene in 1963 with the first of eight consecutive one-man shows from Miami Beach to New York.
Over the next decade, his creation of collages numbered into the hundreds, earning both critical acclaim and a succession of sold-out exhibitions.
Contact Info
View Robert's Artwork

As both artist and architect,
Robert's talents fed one another.

The visionary eye of the artist informed his commercial, grand-scale designs with greater depth and attention to detail. His professional mastery of structure, form and balance contributed a sense of proportion and discipline to his collage and assemblage work.
Recently this interplay of design aesthetics culminated in an entirely new series of multimedia constructions; one that reflects Robert’s personal vision of the structural and visual composition of the world around us. These latest works of collage and assemblage continue his tradition of challenging the boundaries between two and three dimensions, while leveraging his sensitivity to the everyday images that comprise our environment. These new “higher-tech” creations now incorporate computer-generated elements, monochromatic fields, and a bolder, crisper array and arrangement of sumptuous, thought-provoking imagery.

Robert Swedroe’s passion and commitment to the practice of both art and architecture are as ardent and profound as ever. His designs evolve with the sensibilities of our time and with his own growth and maturation as an artist. 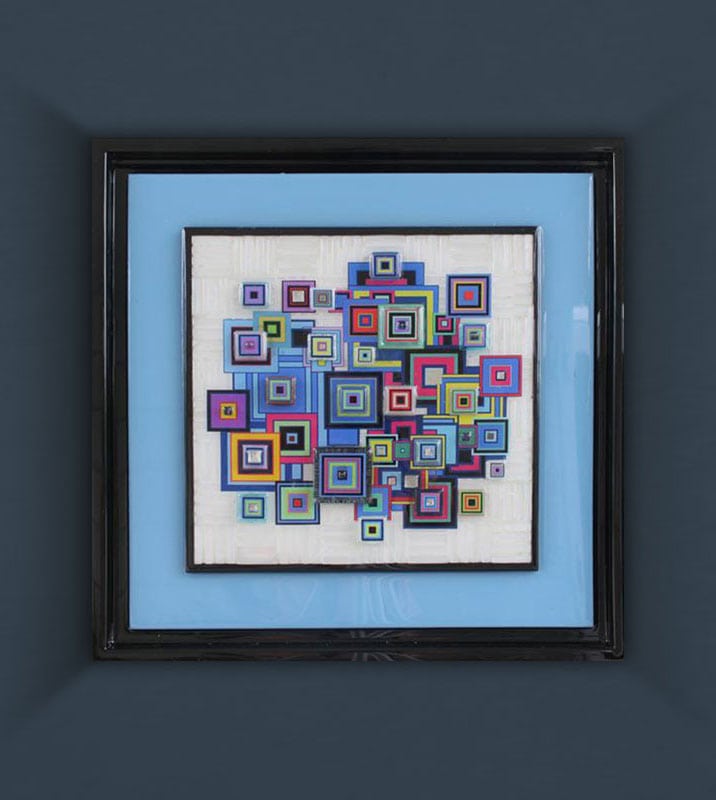 Growing up he was a gifted sketch artist, a passion he later pursued as an architectural student at the Carnegie Institute of Technology. He graduated in 1958, after studying with such luminaries as Buckminster Fuller, Paul Schweiker, Hans Vetter and Joseph Albers.

In 1959, he received a scholarship to the Yale University School of Architecture, where he studied under Paul Rudolph.

He was also a student of Phillip Johnson, Louis Kahn, Mies van der Rohe, Edward Larabee Barnes, Richard Nuetra and Vincent Scully. He received his Masters degree from Yale in 1960, and was distinguished with the Eero Saarinen Award for Excellence in Design; an honor bestowed upon only one Yale student per year.

After entering the field of architecture, Mr. Swedroe served as Senior Designer for Morris Lapidus, the visionary architect whose effervescent hotel designs defined the look of Miami Beach in the 1950s. During this 12-year period of intensive commercial design, Mr. Swedroe’s creative compass also turned to collages. He expressed his penchant for complexity by fabricating hundreds in the late evening hours after work.

Robert began exhibiting his collages in one-man shows at venues such as the Lowe-Levinson and Medici Galleries in South Florida, and the Wiener Gallery in New York. With more than 500 collages sold, the exhibitions continued through 1973, when launching his own architecture firm left him with precious little time for collage work.

After more than 30 years of innovation, Mr. Swedroe’s contributions to the field of multi-residential design are recognized worldwide. Today, from his artist’s studio on the Isle of Biscaya, he achieves creative balance in both worlds – art and architecture. 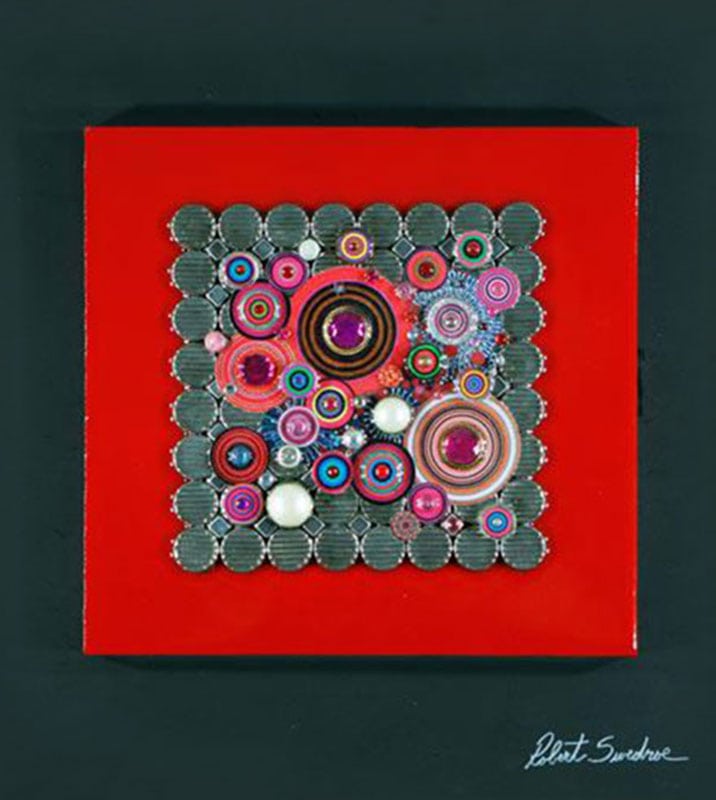 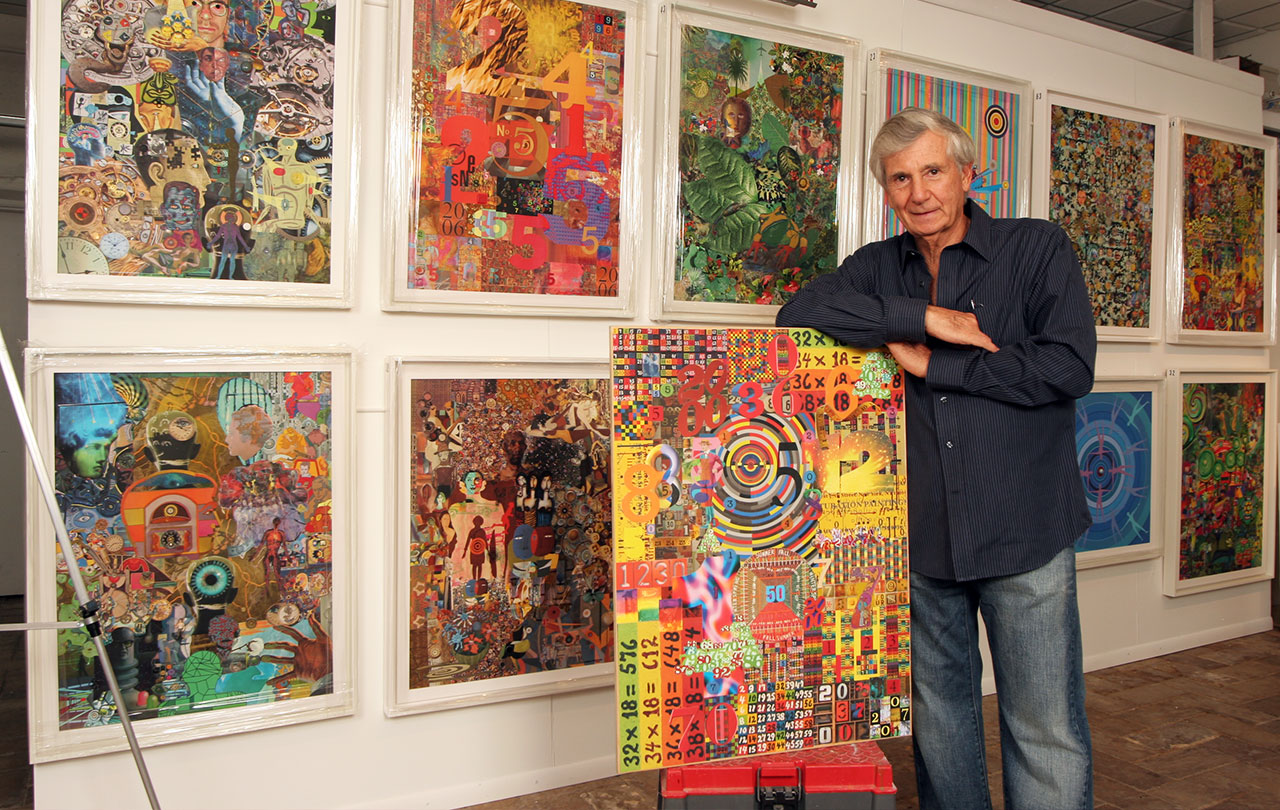 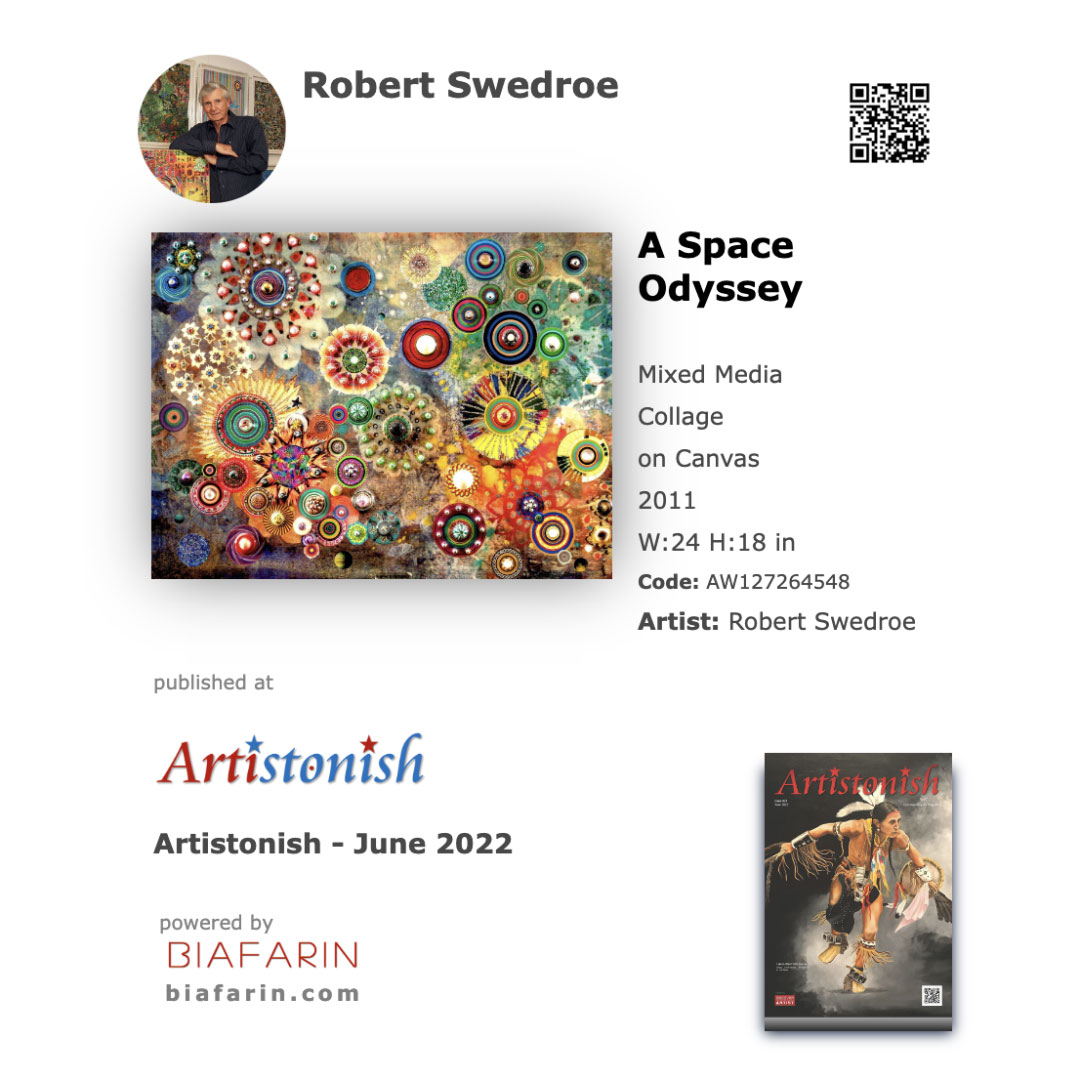 Order a Print for your home or office from iCanvas.com 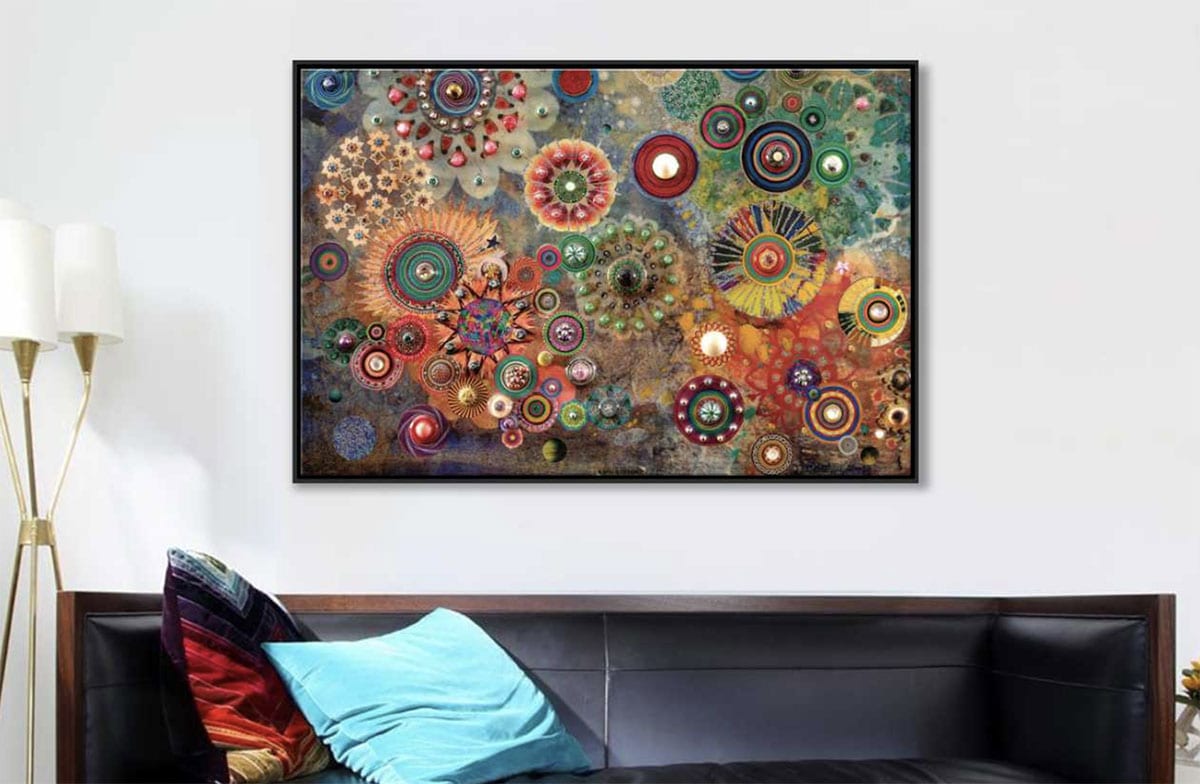